US SEC has postponed the Bitcoin ETF yet again and set the deadline for February end, next year. Jake Chervinsky, securities litigation lawyer shared a detailed explanation of what to expect from SEC.

Just recently, the US Securities and Exchange Commission (SEC) has once again postponed the decision to the Bitcoin Exchange Traded Fund (ETF). Now the decision will be made on February 27, 2019, which is the final deadline set for the application.

Gabor Gurbacs, the director and digital asset strategist at VanEck, the investment firm that applied for Bitcoin ETF Tweeted, 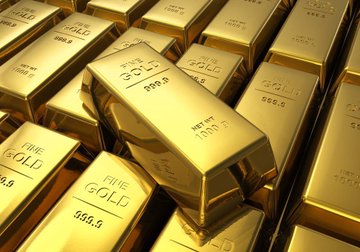 VanEck SolidX application for a Bitcoin ETF for listing on Cboe exchange has been published in early June. The application received 1,600 comments after SEC asked for the public opinion on the listing.

“I’ll say this upfront: I think the ETF is in trouble…First I want to stress that VanEck & SolidX have done great work this year. Unfortunately, some things are out of their control, and it’s possible the markets just aren’t ready for an ETF yet.”

Back in September 20, SEC shared its “grounds for disapproval under consideration,” that primarily included market manipulation.

“The SEC wanted to know if CBOE BZX (the exchange proposing the ETF) had “a surveillance-sharing agreement with a regulated market of significant size.””

During this time, Bulllion Star had shared that these constant delays “has nothing to do with bitcoin’s underlying nature: like gold, silver, and the rest, it is legally a commodity,” but “SEC doesn’t like the way that the market for bitcoins is structured.”

It has been stated, “SEC vs Bitcoin is less about Bitcoin and more about the SEC’s attempt to impose standards in an age where Wall Street is trying to package almost everything into a broadly-available security.”

It All Comes Down to Market Manipulation

Jake Chervinsky considers “market manipulation: the main issue as it killed the Bitcoin ETF appeal of Winklevoss twins in July 2018 which “came straight from the Commissioners.”

He further commented if any market is free of manipulation,

“Not a chance. Every market is manipulated to some degree. I don’t think the SEC will demand *zero* manipulation before approving an ETF, they just want the ability to identify & prosecute it when it happens.”

For this, a surveillance-sharing agreement for crypto exchange to provide info to CBOE that as per SEC is “necessary to satisfy Exchange Act § 6(b)(5), which prohibits the SEC from approving an ETF.”

However, SEC doesn’t have any jurisdiction on crypto exchanges and can’t force them to provide information, so “SEC is leveraging its power over the ETF process to fix that problem.”

“In theory, there are ways to satisfy Exchange Act § 6(b)(5) without entering any surveillance-sharing agreements.

For example, the SEC has said these agreements aren’t needed if an ETF sponsor proves that “bitcoin markets are inherently resistant to fraud and manipulation.”

YOU MAY ALSO READ

Binance Launching Binancechain “very soon” to Enable Issuance of “Millions of Coins”
ETH vs TRX: Vitalik and Justin Sun continue throwing blows at each other on Twitter

According to Chervinsky, not much to be optimistic about especially with the recent statement made by SEC where SEC Chairman Jay Clayton stated market surveillance needs be to addressed before an ETF is approved.

He further says, given the fact that SEC hasn’t denied it already, it is a positive point and “Delaying gives the markets more time to develop & CBOE more time to enter new surveillance-sharing agreements.” But he also points out the neutral view saying “It’s just standard operating procedure,” and dealy means nothing.

As for what could be the decision, he predicted, “If the deadline were today, I’d give the ETF a 10% chance of approval.” But,

“the chance of ETF approval will go up over time as market structure continues to develop & more surveillance-sharing agreements are entered.”